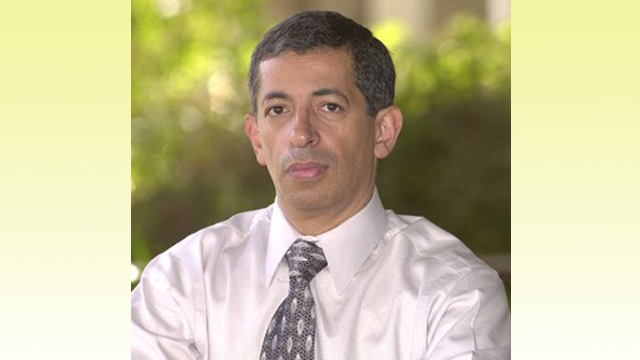 By Peggy McInerny, Director of Communications

UCLA International Institute, January 14, 2015 — Yoram Cohen, professor of chemical and biomolecular engineering at the UCLA Henry Samueli School of Engineering and Applied Science, was recently named interim director of the Y&S Nazarian Center for Israel Studies. Cohen replaces UCLA Professor of Law Neil Netanel, who ably led the center on an interim basis for the past year. Netanel previously served as director of the UCLA Israel Studies Program, the institutional predecessor of the Nazarian Center.

An internationally recognized scientist and technology developer, Cohen is committed to training the next generation of water technology professionals. His work focuses on the development of water treatment and production technologies (and their associated economic and policy implications), technology transfer, and environmental impact assessment and protection.

Two recent mobile desalination plants use technology developed by Cohen and his team to produce up to 18,000 gallons and 30,000 gallons of drinking water per day from the sea and from brackish water, respectively.

Professor Cohen is the founder and director of the multidisciplinary Water Technology Research Center, a co-founding member of the UCLA Center for Environmental Implications of Nanotechnology, faculty member at the UCLA Institute of the Environment and Sustainability and a member of the California NanoScience Institute.

“It is a pleasure to work with the Nazarian Center and support its mission to foster a broad understanding of modern Israel and its position in the Middle East region and its importance to the world. For example, Israel’s environmental, energy and water scarcity challenges have led to many scientific advances and the development of technologies that have been commercialized and deployed worldwide,” said Cohen.

Cohen’s teaching and research has always had an international dimension, including his service on the International Advisory Committee of the Stephen and Nancy Grand Water Research Institute at The Technion (Israel Institute of Technology), where he was a visiting professor in 1987–88 and has an active research collaboration. He is also currently an adjunct professor at the Zuckerberg Institute for Water Research at Ben Gurion University of the Negev.

In addition to his UCLA duties, Cohen has taught courses for university students and environmental professionals worldwide. He has been a visiting professor at many institutions of higher education, including Victoria University in Melbourne, Australia (2006) and the Universitat Rovira i Virgili in Catalonia, Spain (1994–2002).

Cohen is currently a UCLA Luskin Scholar, defined as representing UCLA’s most talented and civic-minded faculty, and leads research initiatives at the Luskin Center for Innovation. Among his many honors and awards are the university’s Ann C. Rosenfield Community Partnership Prize (2008), awarded for his four-year long effort to assess exposure and cleanup strategies of environmental contamination at the Santa Susana Field Laboratory in Simi Valley (also known as the Boeing Rocket Testing Facility).